Kyle Philips did a lot of damage for UCLA as a slot receiver. He has excellent quickness in and out of cuts and is an outstanding route-runner. He catches the ball away from his frame and is tough to tackle after the catch. He doesn’t have game-breaking speed or size, but he could be a great third-down option from the slot. Philips has been projected anywhere from the third to the sixth round and could be a great value on Day 3 of the 2022 NFL Draft. 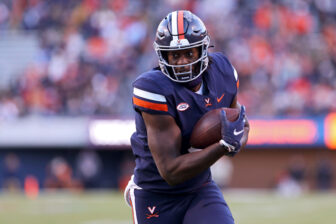 Rachaad White flew under the radar for most of the year, but has gained some attention after the Senior Bowl and his athletic testing. He’s a smooth runner who has little wasted movement. Once he hits a hole, he has the long speed to go the distance. White isn’t the best pass blocker, but he is an exceptional pass catcher out of the backfield. As the NFL trends towards valuing receiving backs and creating mismatches with them, White could see his value rise through the draft process.

Demarri Mathis is a great man coverage corner. He’s physical, plays with great leverage, and makes it tough for receivers to release and get into their routes. That physicality translates to run defense, too, where he’s a consistent and willing tackler. While he lacks some length and recovery speed, he’s an aggressive corner that can play man and zone. 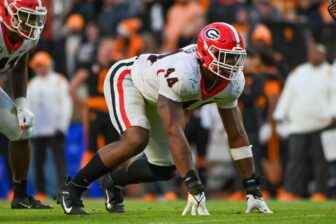 Leo Chenal is a hitter. He has great straight-line speed combined with a nose for the ball. He led Wisconsin in both sacks and tackles for loss in 2021. He can be a little shaky in pass coverage, but he has the athletic profile to be able to run with tight ends and receivers. Worst case scenario, he can be used as an early down thumper and special teams ace.