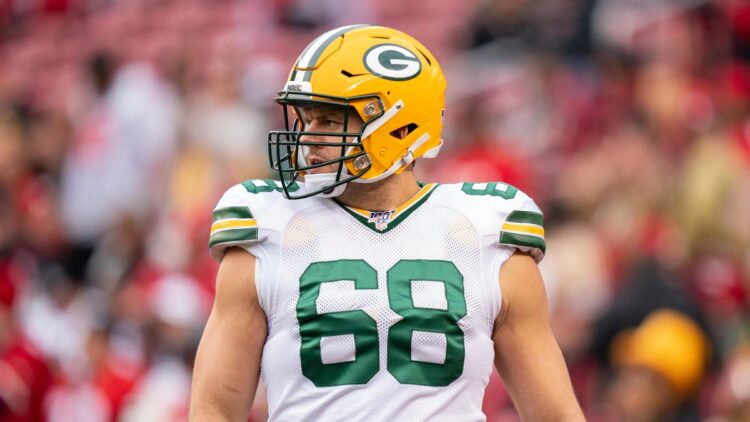 Shortly after the Colts’ playoff loss to the Buffalo Bills, Jared Veldheer found a new home with the Green Bay Packers. Or rather, returned to the home he had last post-season when he filled in for an ill Bryan Bulaga in their playoff game against the Seattle Seahawks. Veldheer was placed on the reserve/COVID-19 list on Wednesday, but that doesn’t mean this wasn’t a good signing for Green Bay.

Veldheer performed really well when called upon last year at Lambeau. So much so, that he’s back for round two. Veldheer has played just 146 snaps since then, but is a solid option for a Packers offensive line that has sustained some injuries.

Jared Veldheer may be on the Covid/Reserve list to start out his time in Green Bay, but the signing is still a good one should the Packers advance. Clubs cannot comment on a player’s medical situation, but being placed on the reserve/COVID-19 list means Veldheer was either in close contact with a player who had COVID-19 or tested positive himself. Unless he is re-tested and it comes back negative, Veldheer will not be suiting up for the Divisional round against the Rams.

The NFL voted to allow unlimited practice squad elevations without players needing to clear waivers in the postseason this year. That new change made it possible for the Packers to immediately sign him and for Veldheer to technically not be on the roster of the Colts since he was only elevated on game-day.

No details are out on his contract yet, but practice squad salaries are very low. According to spotrac.com, Veldheer’s base salary was just $61,765. As a veteran, short-term rental, it’s an absolute steal to sign him. There’s virtually no dead cap hit and Green Bay gets some much needed depth.

Veldheer held his own after coming out of retirement to help the Colts in Week 17 and Wild Card Weekend. While his pad level was a little shaky at times, he still has good athleticism, has great reach on pass sets, and showed the ability to drive and move defenders.

His reach helps him a lot in his pass sets because it makes it difficult for defenders to get their hands into his chest for a bull rush.

He also showed no rust with his hand placement. He continually won hand fights and did a great job of getting leverage and replacing his hands on blocks.

The Veldheer signing is a nice depth addition. He is not a projected starter. His easiest path to the field may be if right guard Lucas Patrick begins to struggle. If that’s the case and the Packers don’t yet trust Jon Runyan to take over, they could bump Billy Turner down to the right guard spot. That would leave Veldheer to then replace him at left tackle. If things go well, the Packers shouldn’t see Veldheer on the field.

These are the kind of moves that teams can make on the margins that help win them a Super Bowl. The Packers now have legitimate tackle depth if they should sustain an injury at that position. The Green Bay line is one of the best in the league and the All-Pro matchup between Corey Linsley and Aaron Donald should be a great one to watch as they take on Sean McVay and the underdog Rams.