Fantasy football is everywhere in today’s world of football. Family, friends, coworkers, and even strangers log on to their computers every year to draft teams, make trades, and try to claim those coveted bragging rights. The rise in popularity of fantasy football has drawn in all types of managers from die-hard veterans who manage four teams at a time to rookies who don’t even watch football on Sundays. To help those new fantasy managers here is a list of some tips to help you survive your first foray into fantasy football.

In fantasy football, there are a variety of draft settings. The first thing to understand is the type of draft that will be taking place. A snake draft is the most common in which the order is reversed at the start of each round. Linear drafts repeat the same order each round giving the higher-seeded teams a distinct advantage. Lastly, auction drafts see managers bid against one another in the hopes of securing certain players for their roster. Snake drafts are the most common and easy to understand but it is recommended that new players avoid auction drafts. One bad bid can ruin a whole season. 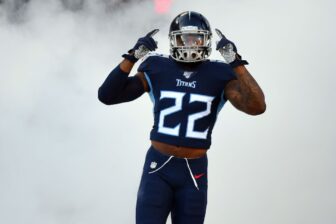 Before you can even plan your draft strategy you have to understand how the league will be scored. Standard scoring awards points based on a player’s receiving/rushing yards and touchdowns. PPR, or points per reception, adds another layer of strategy in drafting. Here points are awarded not only for just yards and touchdowns but also for every reception they make. With PPR scoring wide receiver value raises substantially and running backs like Austin Ekler who bring in 80 catches a season now go from 2nd or 3rd round players to borderline first-round talents.

It can be tempting to draft all your favorite players from your favorite team. A Cowboys fan might think a core of Dak Prescott, Zeke, and Amari Cooper would dominate, but tying the fate of your fantasy team to that of a real organization often doesn’t work. Bye weeks and injuries become difficult to overcome and it is unrealistic to expect an entire team’s offense to dominate week after week. Diversifying your roster is key to success.

#4:Avoid Quarterbacks Until Round 5

In the NFL QBs are the most valuable players on the field. But, in fantasy drafting a quarterback before the fifth round can be dangerous. For example, Patrick Mahomes was drafted in the first three rounds. In some cases, he went within the top ten picks. Yet, it was Josh Allen who finished as the number one QB on the year, and he was probably not drafted until the 7th round in most leagues. Instead of investing early picks into a quarterback, managers are better off spending early-round picks on running backs or wide receivers. 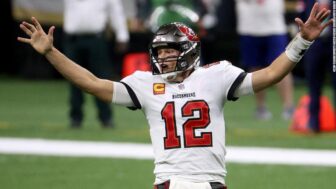 One of the most common mistakes people make is overthinking matchups when setting their lineups. There are certain players that should be started regardless of who they play. Christian McCaffery, Patrick Mahomes, or DeAndre Hopkins should always be started. Managers might be afraid to start players against some of the top defenses in the league but when it comes to All-Pro caliber stars, they should be in your lineup if they are healthy.

If you need reinforcements to replace an injured player or make a late playoff push, the waiver wire is your best friend. Here, undrafted or dropped players are available to be added to a roster. Many championship teams were made last season by the managers who were able to add James Robinson or Justin Jefferson to their teams. Making trades sounds more fun but almost never works out as managers attempt to swindle one another. Work the waivers, you are all but guaranteed to find a few hidden gems.

Above all else remember to have fun. Fantasy football is a great way to learn about all the league’s best players and begin to understand the game of football. These tips won’t guarantee a championship, but they will help prevent new players from committing some of the biggest cardinal sins in fantasy sports. Whether you are playing in a free league or betting hundreds of dollars on your general management skills, we can all be happy knowing football is almost back.