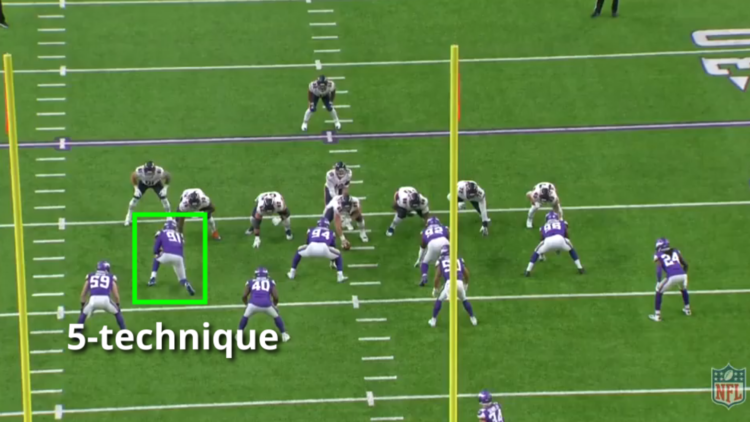 5-techniques align on the outside shoulder of the offensive tackle. Similar to 4-techs, the 5-technique has to be sturdy in run defense while still having pass rush ability. 5-techs are prominent in 3-4 defenses.

In 3-4 defenses, 5-techs are asked to both two-gap and one-gap. Two-gapping defensive linemen need to be strong so that they can read, shed, and control the two gaps on either side of them. 3-4 defensive ends typically hover around 280-300 lbs. They usually aren’t relied on to generate pass rush on their own and are instead used to keep linebackers clean. However, aligning in a 5-technique does give some extra pass rush juice because they can attack the tackle at an angle and gain leverage outside.