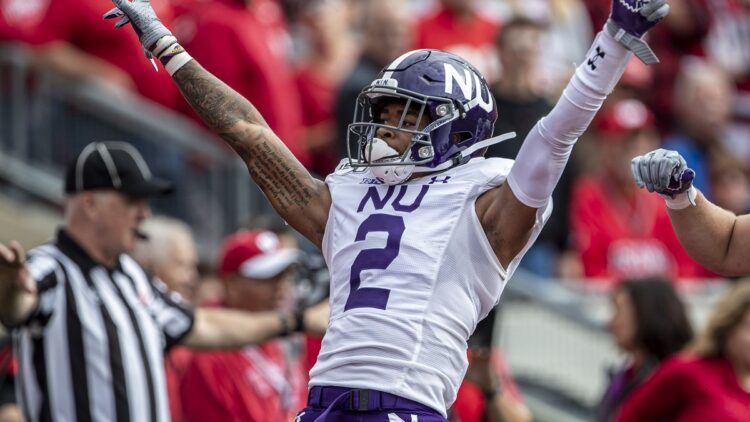 Greg Newsome II is an uber talented prospect in this year’s draft and is ready to make his mark in the NFL. Once you watch his tape, you see that he has the athleticism and skills to match his 6’1″, 190 pound frame. Although he played only six games in 2020, he portrayed scheme versatility and was often avoided by opposing quarterbacks. Greg Newsome can be a cornerstone on the back end of a defense and is my top cornerback in the draft.

Greg Newsome II has shown he has great change of direction and his agility keeps him attached to receivers’ hips. His Pro Day confirmed what the film showed when he ran a 4.28 shuttle. Although that time isn’t considered elite, his ability to quickly flip his hips helps him win reps in coverage. Paired with efficient footwork, he can cover both quick receivers and guys with larger frames.

Newsome II has a combination of speed and length that helps him excel in coverage. He is rarely beat on deep throws and stays in phase with receivers because of his 4.38 speed. If he does get beat, his arm length is what keeps him in the play. He is exceptional playing the ball in the air and attacking receivers’ hands at the point of the catch. In 2020, he was targeted 15 times on routes 10 yards or more and allowed one catch and tallied one interception. He was lockdown all through 2020 and allowed only 12 catches for 93 yards in six games.

Greg Newsome II may be the only scheme-proof corner in this draft. He excels at zone coverage and is at home in defenses that base out of Cover 3. Newsome said he prides himself on emphasizing the mental aspects of the game through his awareness of passing concepts. He shows this on the field when closing on underneath routes. Newsome II is exceptional in press-man coverage by using his length to be physical at the line of scrimmage. He shows his skill in off-man coverage when he mirrors the routes of the receiver. According to PFF, he earned the lowest completion percentage in single coverage at 10.5%. With the ability to play in every scheme, Newsome has the traits of a shutdown corner in the NFL.

Newsome’s injury history is the biggest red flag and the reason he is not a top 10 pick in the draft. He suffered injuries and missed significant time in each of his three seasons at Northwestern. He is very similar to Virginia Tech’s Caleb Farley, a talented prospect who also had injuries that kept him out of games. Newsome is an elite prospect, but the injuries are concerning for teams. Newsome’s 190 pound frame also adds to his durability concern because of the tackling and physicality in the NFL. The only positive is that he has spent the offseason adding muscle and improving his flexibility.

Newsome is a great coverage defender, but has issues with his hand placement at the top of routes. He has a tendency to be very hands on with crossers and comebacks that lead to defensive holding and pass interference penalties. This is more of a technique issue and should be relatively easy to correct. Teams that decide to draft him will suffer from this early on, but will have a stud on the outside once he learns he does not need to grab.

Greg Newsome II may be the most skilled corner in the draft, but his injury history is too big to overlook. If teams can effectively manage and minimize the injuries, he will be a household name. He has prototypical size, speed, and athleticism to compete at a high level. We should see Newsome selected in the middle to late first round.