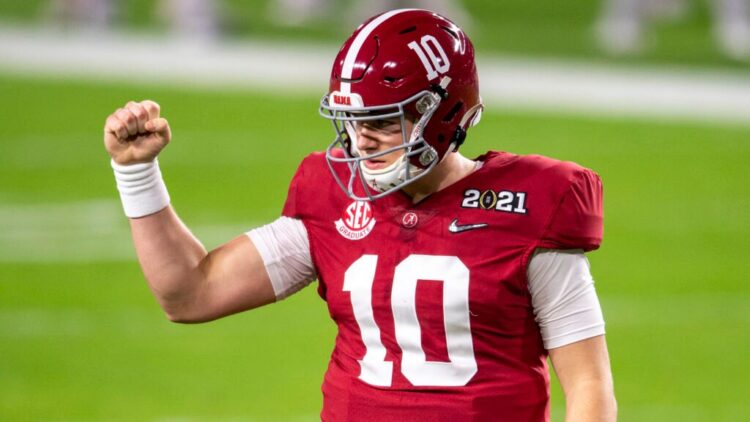 Part two of our 2021 Big Board! Tons of talent here and quite a few guys who can start as rookies.

Check out part one

Darrisaw became a starter for the Hokies right off the bat and consistently got better every season. He was a little more athlete than player early but has steadily progressed in terms of hand technique and footwork. He projects to stay on the left side of the line.

This year’s most slept-on prospect goes to Oregon’s Jevon Holland. He played mostly in the slot in college, but can play either safety spot as well. Defensive coordinators will love his versatility and ball-hawking skills.

In a shortened Pac-12 season, Vera-Tucker boosted his stock from a mid-round selection to a probable first-rounder. He proved that he can slide out and play tackle, but I think he projects best at guard. Either way, he’s a powerful lineman with nimble feet.

At his pro day, Cosmi showed that he is a supreme athlete. With a 4.84 40 time and 36 bench press reps, his stock is on the upswing. He does need some work from a technical point of view, but has the tools needed to play left tackle.

When he’s on the field, Moore is a dynamic playmaker and could become an incredible slot receiver. He’s so tough to bring down and has footwork that is rare to see at any level. However, he has trouble staying healthy and has a slight build. His injury history will be the reason he’s not a first-round pick.

If your nickname is “Baby Gronk”, chances are you are a beast of a tight end. Freiermuth has the physicality and size that you love in a tight end, but isn’t the athletic marvel that would put him over the top. He needs to develop as a blocker, but has the pass-catching ability to immediately produce.

If you’re looking for a hard-hitting, aggressive linebacker then Bolton will be your guy. He’s a throwback linebacker who will never shy away from contact. He might not have the ceiling of other players, but he can play a role in any defense.

Ojulari might need a lot of coaching and shouldn’t be expected to play a huge role right away. He’s a speed rusher who has the juice and potential to be a double-digit sack guy. It is good for his stock that he got better as the season went on and speed rushers like him tend to go early.

All of the best corners in the NFL have the alpha mindset and display the swagger that Stokes does. He’s an aggressive player on the line of scrimmage and impressed at his pro day with a 40 time that was faster than anticipated.

As the president of the Patrick Jones fan club, I’m probably higher on him than most. He doesn’t have great length and is a little limited position-wise, but he is the smartest edge rusher in this class. He has adequate athleticism and proven production that should make him a second-rounder at worst.

If you’re looking for a shifty home run hitter at running back then you might value Etienne more than any other running back in this class. He has plenty of touches and big game experience so he’s easier to project than others.

You don’t see many left-handed centers in football, but Humphrey is one of the best linemen in this class. Like every good center, Humphrey is able to make audibles at the line and has the power to absorb incoming blitzers.

Usually, when you see a defender dominate the Big 10, it’s an Ohio State or Michigan player. However, Nixon piled up 45 tackles and 5.5 sacks in just eight games for Iowa en route to being named the conference’s Defensive Player of the Year. He didn’t blossom until his final season, so he could be considered a work in progress.

Mayfield faced a gauntlet of dynamic pass rushers in his fifteen games as a starter and for the most part came out on top. He does need some technical work and to build up some strength, but he figures to be a quality right tackle who can kick inside as his body matures.

It’s tough to determine just where to slot Collins because he lacks a true position. He’s a little too big to play middle linebacker, but also doesn’t have a ton of experience rushing from the outside. Despite that, he’s an immensely talented player.

For a guy that is still so raw, Barmore played incredibly well down the stretch for the Crimson Tide. He fits best as a 3-tech and his best skill is his explosiveness off the ball. He does a good job of engaging blockers and freeing up lanes for his linebackers to make the play.

This guy is a VIOLENT runner. 2020 showed that he can also be a good receiving option out of the backfield. He’s done well in a backfield by committee approach and can be a guy who can play on all three downs. Don’t be surprised if this guy becomes a breakout star.

Of all the receivers in this class, St. Brown had the most hype coming out of high school. He’s done a good job the past two years being a featured receiver in the new and improved USC offense. It seems unlikely that he’ll ever blossom to a WR1 but should be a solid WR2.

If you want a steady, game manager at quarterback then you’ll feel good with Jones as your starting quarterback. He will get over-drafted due to the demand for quarterbacks, but it’s unlikely that he lives up to his draft position. He is an accurate thrower with good touch on deep throws, but lacks some of the arm strength and physical tools desired.

In a weak safety group, Moehrig stands out as the best pure safety. You can line him up in Cover 1 or 3 as a single high safety and have confidence in him playing center field. He gets a little flat-footed in coverage and tries to jump routes which can lead to him get beat deep.

Dickerson is a nasty, old-school, gritty center who seems to genuinely enjoy hitting other people. If you run a power system, then Dickerson is tailor-made for that style. I do worry about his athleticism and durability, but assuming he passes his medicals, he could become a starter as a rookie.

Left tackles are one of the few premium positions in the NFL. Players who can work there will always have a job. Eichenberg is pretty average across the board, but does all the little things well and is a solid prospect. He’ll never be amongst the league’s best, but should be a solid starter and is good value in the second round.

With the NFL using their nickel (5 DB’s on the field) more than 50% of the time now, you need linebackers who can cover ground and defend tight ends. Cox did a good job going from FCS North Dakota State to FBS LSU in 2020 and proved that he can play in the best conference. His ceiling isn’t as high as others, but his floor makes him an early-round pick.

Leatherwood doesn’t excel in any one area. That being said, he does a solid job across the board and could play four of the five offensive line positions. That type of versatility is valuable and could help him sneak into the first round.

Make no mistake about it, Gainwell is as dynamic a player as you’ll see at any level of football. He is undersized, but is a lightning-quick running back who is comfortable splitting out wide and playing receiver. I’m not sure he’ll ever be a huge volume guy, but he’s someone you find ways to give touches to.