Who has been the best rookie defender this season?

Every year there is one defensive rookie who lights up the league. Last year, it was Chase Young and the previous year it was Nick Bosa. So far the 2021 draft has also produced some excellent prospects on the defensive side of the ball. In the first few weeks of the season Micah Parsons, Patrick Surtain, and Odafe Oweh have flashed star potential. All of them are playing at an extremely high level. But which one of them has the best chance to win Defensive Rookie of the Year?

Also Read:
Why the Vic Fangio scheme is sweeping the NFL

The Dallas Cowboys drafted Parsons 12th overall in the 2021 draft. The Cowboys’ defense allowed the most points and the second-most yards in team history in 2020. Adding Parson’s speed and athleticism to the middle of their defense was a game-changer. His impact on this defense has been evident as the Cowboys went from having the worst defense in the league to currently ranking as the 11th best. 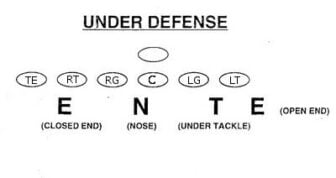 Through the first four weeks of the season, Parsons has earned a 75.4 grade from Pro Football Focus. That is one of the highest grades among rookie defenders. What’s really impressive is that Micah Parsons is not playing his natural inside linebacker position. Due to the injuries that the Cowboys have suffered on the defensive line, Parsons has been lining up as an edge rusher. As a pass rusher, he has been extremely disruptive accumulating two sacks and 15 pressures. Parsons has proved to be an outstanding player who is changing the Cowboys franchise.

Like his college teammate at Penn State Micah Parsons, Odafe Oweh is a freakishly gifted athlete with amazing size. Oweh is a 6’5″, 250-pound edge rusher who possesses 4.3 speed. However, he was viewed more as a project coming into the draft. The knock against him was that he didn’t have a lot of production in college. The Baltimore Ravens disagreed with that notion and believed he was ready to make an impact immediately. Raven’s defensive coordinator Wink Martindale has said numerous times that Oweh is an outstanding run defender and that he is an every-down linebacker.

Through the first few weeks of the season, Odafe Oweh has played outstanding football and has flashed star potential. Oweh has been disruptive in the backfield and excelled as a run defender. Even though he didn’t record a sack in his last year at Penn State, Oweh got a sack in his debut against the Las Vegas Raiders. Then the following week against the Chiefs, he forced and recovered a fumble in the final moments of the game to seal the victory. It’s early, but Oweh is proving to be a playmaker.

Over the last few years, the Ravens have been looking for an explosive pass rusher. With an athlete like Oweh, the Ravens will be able to be more creative with their schemes. Against the Chiefs, Oweh was used as a delayed spy against Patrick Mahomes and at times shadowed Travis Kelce in underneath coverage. Most pass rushers aren’t able to do this, but Oweh is a gifted athlete that has the potential to be a do-it-all player. 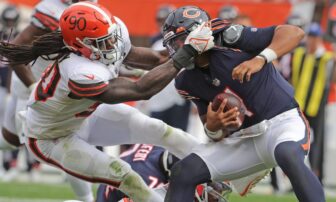 Also Read:
Checking In On the 2021 Rookie QBs

Many scouts considered Patrick Surtain II as the top cornerback coming out of the draft. Surtain is a very physical player who loves to harass opposing receivers. He has an extremely high IQ and possesses good size for a corner. According to NFL.com, Surtain was the most pro-ready corner. His father, Patrick Surtain, also played in the NFL as a 3-time Pro Bowler at corner. Learning from his dad has helped him to be very polished in his technique.

The Denver Broncos drafted Surtain 9th overall in the 2021 draft. In a preseason game against the Vikings, Surtain displayed his playmaking skills by jumping a pass and returning it for a touchdown. Then in his second career game, he recorded his first career interception in a win against the Jacksonville Jaguars. So far this season, Surtain has been very stout in coverage while helping Denver get off to a 3-1 start to the season. Surtain has displayed flashes of being a shutdown corner with playmaking skills. If he continues to improve, he has a chance to be one of the top cornerbacks in the league in a few years.

The 2021 draft has produced some very talented defenders. Micah Parsons, Odafe Oweh, and Patrick Surtain have arguably been the most impressive out of the bunch. All three have had an impact on their franchises so far and have very bright futures. If I had to choose, Micah Parsons would be the Defensive Player of the Year. Even while switching positions, Parsons hasn’t missed a beat. He is still just as disruptive and is all over the field wreaking havoc.