The West Coast system originated with Bill Walsh. While the West Coast system is now much more broad than what Walsh ran, the bones of the moniker are timing-based passing systems that are designed to stretch the field horizontally. There is an emphasis on short throws that act as an extension of the running game. The pass game is predicated on timing and steadily moves the ball down the field while controlling the tempo of the game and giving the potential for a big play.

Instead of using the run to set up the pass, the West Coast system utilizes the running backs in the short passing game to spread defenses out. They then later take deep shots and run the ball. Walsh’s system based out of two running back sets, but the modern West Coast system has evolved to more diverse formations. Slants, crossing routes, and flat routes are huge in the West Coast offense. Speed and accuracy are key. You need athletic linemen, versatile receivers with the ball in their hand, and a quarterback that is efficient and accurate underneath.

West Coast offenses love to use concepts like Lion and Dragon to get the ball into the hands of the receiver while they’re on the move. They’re short and timing based to get the ball out of the quarterback’s hands and give a high completion percentage.

A popular run concept in the West Coast offense is the draw. It works off of the passing emphasis and space that the pass game creates while putting linebackers in pass/run conflict. 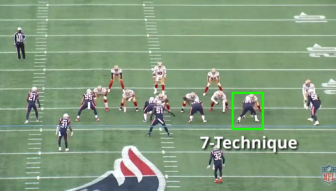 The West Coast offense predicates itself on efficiency and accuracy. It gets the ball into receivers hands on the move and utilizes the threat of the pass to set up the run. Many offenses now use West Coast principles and Walsh’s system continues to have a lasting impact.