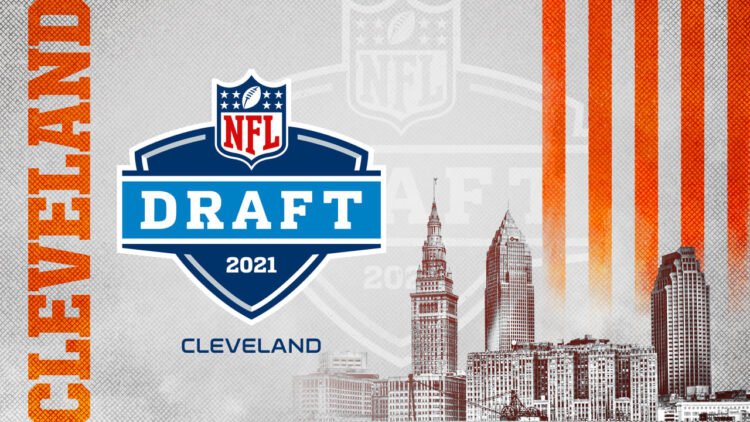 The NFL draft brings hope and anger to fans, but there is one way that everyone can celebrate no matter who their respective team drafts — gambling. There are a few interesting prop bets that we like and wanted to share with you because it’s not fun unless we all win together. Please gamble responsibly. All lines are from Bovada on April 18th, 2021.

As the saying goes, “Speed Kills”. Last year, Henry Ruggs was the first receiver drafted at twelfth overall to the Raiders and Waddle is a better prospect than Ruggs was. As a result, I fully believe that Waddle will be the second receiver taken behind Ja’Marr Chase. If Chase goes at five to Cincinnati or seven to Detroit, Waddle should land with the Giants at 11. If Chase does go at five, then the under is a lock.

Here you’re really banking on the Bengals drafting Sewell a five, but I think it’s likely that happens. There is a lot of Bengals-Chase steam picking up as of late, but that doesn’t make sense to me. The team has a huge need at offensive line and Sewell is the best available. Plus, you’re getting great odds.

I fully expect the Falcons to trade out of four and a team to come up to draft a quarterback. While people are very split on Justin Fields and Mac Jones, Trey Lance seems to be at worst the fourth quarterback overall. So, should a team like the Patriots or Broncos make a move up, I fully expect it to be for Lance and before the seventh selection.

What do we know for sure? We know that the first three picks will be quarterbacks and the Bengals are looking at offensive line or wide receiver at 5. Now, if we go with my belief that the Falcons will trade down and someone will trade up for a quarterback at 4, then there’s no way Pitts goes in the top 6. It’s really dependent on the Falcons trading down, but worth a gamble.

Penei Sewell, Rashawn Slater, Alijah Vera-Tucker, Christian Darrisaw, and Teven Jenkins are all locks for the first round. After that, there are about two to five other guys who are in the discussion to be picked at the end of the first round. Teams in the 20’s like the Colts and Steelers need offensive line help, so it makes me think the over just barely hits.

Hubbard’s stock is TANKING. After a rough 2020 season, Hubbard didn’t show much improvement. He’s also never showed the ability to be a consistent pass-catcher which makes him rather limited. I still think he can be a productive player in the right system. I would imagine him being a late fourth/early fifth-round pick. Pick 113 is early in the 4th, making this an easy money bet.

I don’t like saying something is a lock, but come on people this has to be a lock. Slater is a top 10 prospect and according to Daniel Jeremiah, many teams have him as the top offensive lineman this year. He could be an option at 5, but is very likely to be the main target for Carolina at eight. The Dolphins at six and the Broncos at nine could also be in the running for Slater.

The first defender is unlikely to be picked until 10 at the Cowboys, meaning it’ll likely be Surtain or Jaycee Horn. Horn is tempting at +200, but from a scheme perspective, it doesn’t make nearly as much sense as Surtain. Also, Dallas believes they can win now and Surtain is ready to play big snaps immediately. Horn might need to work out a few kinks. Play this one safe and take Surtain.

I mentioned earlier how the Panthers are a likely location for Rashawn Slater, but even if they were to trade down, they could still target an offensive lineman. Last season they spent every pick on defense and I expect them to strengthen the offense by locking down a long-term left tackle.

This might be foolish on me for expecting the Chargers to make the smart and reasonable selection, but this pick must be offensive line for them. They have a franchise quarterback in Justin Herbert but don’t have the offensive line to keep him clean. They did sign Corey Linsely which is great, but they could still use more help.