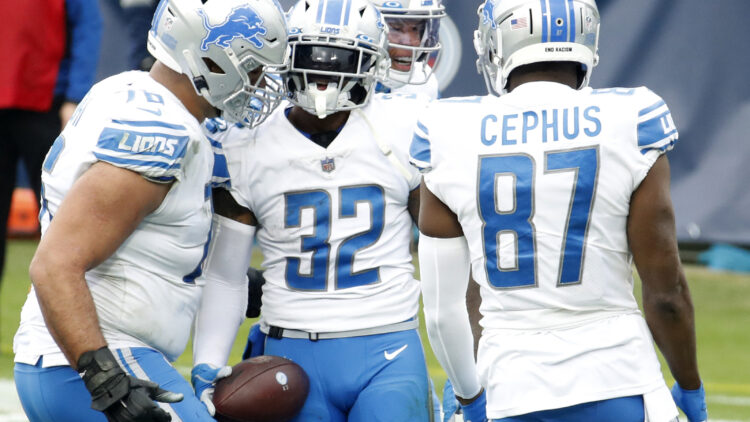 After a coaching overhaul in 2020, The Detroit Lions are looking for a fresh start heading into the 2021 season. The first step in a new direction came with a blockbuster trade sending Matthew Stafford to the Rams for Jared Goff. The Lions received a 2021 third rounder and a first round pick in both 2022 and 2023.

They enter this offseason with a good amount of draft capital, but a lot of holes to fix. They have a need at almost every position on defense and key positions on offense as well. This new coaching staff led by General Manager Brad Holmes and head coach Dan Campbell will have to figure out which positions they need to prioritize in the draft and free agency. Linebacker, receiver, and defensive lineman are what the Lions need to prioritize to be competitive in the NFC North.

Although the defense has more holes to fill, the receiver position for the Lions is critical to their success. They currently only have two receivers signed to the roster while Kenny Golladay, Marvin Jones Jr., and Danny Amendola all have expiring contracts. The Lions seem to be moving on from Kenny Golladay as they had the option to franchise tag him, but chose not to. This was likely an effort to stay under the cap as the cost was would have been $16.5 million. During a rebuilding phase for the Lions, there is no better place to land a top receiver than in the draft.

The likelihood that the Eagles pass on Ja’Marr Chase for Kyle Pitts grows daily as Zach Ertz is now rumored to be on the trade block. The Lions should hope that happens. Chase gives the Lions a dynamic athlete that has the footwork to run a full route tree. He uses physicality to create separation and his ability to attack the ball in the air is special. Concerns about Chase are minimal even after opting out of his 2020 college season. The Biletnikoff winner from 2019 gives Jared Goff a safety blanket he can utilize on third downs.

The whole defense for the Lions has been a disaster. They need an upgrade at every position, but do not have enough resources. They added Nick Williams and Danny Shelton in 2020 hoping for a stout front, but it only made the defense worse. This Lions defense ranked last in the NFL in yards allowed and points scored per game. They also ranked as the fifth worst run defense in the NFL after allowing a league leading 27 rushing touchdowns. With running backs like as Dalvin Cook in the division, the Lions must be able to stop the run to be competitive. Adding Shelby Harris in free agency gives the Lions the leader this team can build around on the defensive line.

Harris is not viewed as the sexy choice for most teams, but he is an above average and consistent starter. He utilizes good technique with pad level and quickness to disrupt the run. He also has shown the ability to be a quality interior rusher as well. According to PFF, Harris ranked in the top 10 for interior defenders in pass rush in 2020.

This Lions organization has had a difficult time assessing talent at the linebacker position. 2017 first rounder Jarrad Davis is considered a bust and his return is unlikely after they declined his fifth year option. Although he played well in coverage, he graded at just 50.8 in run defense. The Lions also hoped that 2019 second rounder Jahlani Tavai would be the answer, but he also failed to make an impact. He is graded as the team’s worst overall defender and is the 82nd ranked linebacker out of 85. Jamie Collins was the only bright spot at the position this past season. If they are unable to secure Chase with the seventh pick, the Lions should look to land Micah Parsons.

There is no wrong choice between Jeremiah Owusu-Koramoah and Micah Parsons, but Parsons makes sense for the Lions. At 6’3″, 245 pounds he has a big frame and is adept at shedding blocks and attacking the run. He also possesses the speed and agility to cover tight ends and running backs out the back field. Pairing him with Collins can build an aggressive front that allows the Lions to scheme blitzes from anywhere in the formation. He has character issues that can be concerning, but there should be no problem with Campbell’s leadership. He is the definition of a “do-it-all” linebacker and will make an impact on day one.

The Lions are entering the first year of a rebuilding process and it may take time before they are competitive. They have positives to build on from previous seasons with the emergence of D’andre Swift and T.J. Hockenson. Jeff Okudah will also be an anchor on the back end for years to come. Jared Goff has his issues, but with the right protection and weapons he can be productive. The new coaching staff has their hands full in 2021, but they have the draft capital to improve tremendously this year. If the Lions can fill these three needs with productive players, they will find success sooner rather than later.