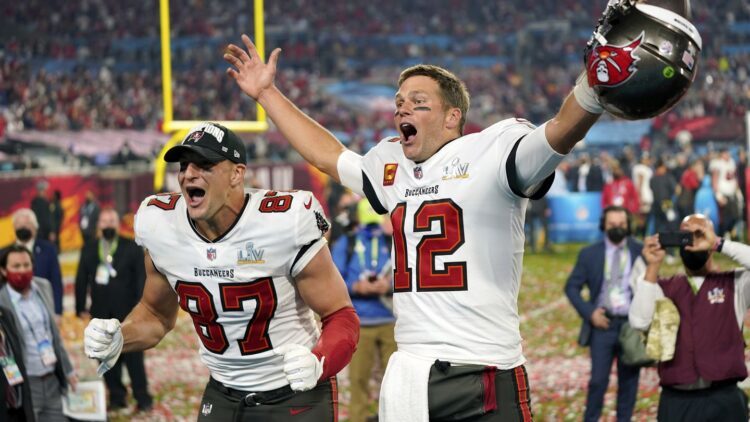 In 2019, the Tampa Bay Buccaneers were 7-9. Jameis Winston passed for over 5,000 yards, but also turned the ball over 30 times. The roster had talent on both sides of the ball with Mike Evans and Chris Godwin each managing over 1,000 yards receiving and Shaq Barrett dominating with 19.5 sacks. It turns out all this team needed to reach its potential was a leader on and off the field. Who better to fill that role than arguably the greatest football player of all time, Tom Brady.

After the confetti and the parade, the unfortunate reality of winning it all usually results in tough business decisions. Free agents leave, players retire, and the expectations rise to another level. However, the Bucs have taken all this in stride and managed to return all their key players. Shaq Barrett, Rob Gronkowski, Lavonte David, Leonard Fournette and Chris Godwin are back and ready to defend the title. Despite minimal offseason preparation, Tampa had the 3rd overall offense and 8th overall defense this past season. Giving this squad the opportunity to build even more chemistry could prove deadly for the rest of the NFC.

Kings of the South

While the entire NFL will have their eyes fixated on Tampa, the NFC South will be forced to contend with the reigning champions all season long. The departure of Drew Brees places a massive question mark at the quarterback position in New Orleans. Can an offense led by Taysom Hill keep pace with a Brady-led passing attack? In Carolina, the Panthers are going to try and match firepower with a healthy Christian McCaffery, DJ Moore, and Robby Anderson. Bridgewater looks like more of a placeholder than franchise signal caller and Sam Darnold is the definition of unproven. Lastly, the Atlanta Falcons have playmakers, but have struggled to put it all together. Julio Jones has battled injury, Matt Ryan’s name has circulated in trade rumors, and a rookie may soon find themselves calling plays in the Mercedes-Benz dome.

Incoming Rookies: The Rich get Richer

Many would argue this is the most complete roster in all of football. Having retained upwards of 22 free agents, most of their off-season help will come in the form of the NFL draft. With the 32nd overall pick, they may not be looking to bring in high level prospects, but they can reinforce positions of strength.

One of the few blemishes on the season for Tampa Bay came in the form of Tyreek Hill’s dominating performance in Week 12. His 269 yards and three touchdowns marked a low point for the Bucs secondary. Asante Samuel Jr. is the perfect late round target to come in and reinforce the cornerback position.

Samuel’s physical profile is not overly impressive. At 5’10″, 184 pounds he lacks downfield speed which can be a problem against some of the most elite receiving weapons in the league. However, his technical skills are extremely refined. In his last season at Florida State, he pulled in three interceptions and defended six passes. He was even better with his on-ball skills during the 2019 season in which he defended another 14 passes. He brings an NFL pedigree and has the skill set to play right away. His physical limitations keep him from the elite status of players like Surtain II or Caleb Farley, but the Bucs are more than talented enough to take a chance on the local product.

It is no secret that Tom Brady loves to involve his running backs in the passing game. His last few years in New England were defined by his connection with players like James White. Starting running backs Fournette and Jones combined for only 64 receptions for 398 yards. In drafting Travis Etienne, the Bucs would be creating a three headed running back committee with Etienne operating as the lead pass catcher of the bunch.

In his last season he brought in 48 targets for 588 yards. The versatility offered here could make a player like Fournette expendable and give Brady a proven option to catch out of the backfield. Unfortunately, he is not the pure runner that other high-end prospects like Najee Harris are, this leads to less than stellar vision when picking a hole to run through. The pass-catching upside the Clemson product offers could prove to be valuable in Brady’s final years.

Tom Brady continues to defy the norm by finding ways to win even as his body continues to age. There is no reason to expect the Buccaneers to be anything less than title contenders. When you return all your key contributors and your division gets weaker, it bodes well for another run at the title. People questioned if Brady could succeed away from New England, now they are debating if he can win back-to-back Super Bowls like he did almost ten years ago. The GOAT and his team have made it clear their intentions are to be playing in SoFi Stadium for another chance at winning it all and at this point, I wouldn’t bet against them.